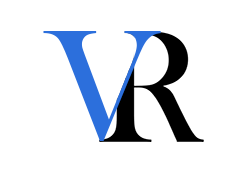 Getting a Mortgage is not easy as it used to be, mainly due to the mortgage qualification rules and the skyrocketing real estate price, a great job, a good income still won’t be enough to qualify.   That is where a Mortgage co-signer comes in handy. If an applicant has a poor credit score, with a co-signer it becomes much easier to apply for a mortgage and in some cases, they may get ...Read More

June home sales were up compared to last year, but remained below the March 2021 peak and were lower than the number of transactions reported for May 2021, consistent with the regular seasonal trend. The average selling price in June increased by double digits compared to last year as well, but the annual rate of increase moderated compared to the previous three months. Greater Toronto Area REALT...Read More

Residential transactions reported through TRREB’s MLS® System remained high in May 2021, but fell short of the 2016 record and were below this year’s March peak. Despite a slight ebb in sales over the last two months, market conditions remained tight enough to push the average selling price to an all-time record in May. Greater Toronto Area REALTORS® reported 11,951 sales in M...Read More

I was recently asked that question by a client and I gave them a rough estimate. I then realized that I have been quoting the same amount for a couple of years now. So, I did some research and found out what it would cost to do a kitchen renovation today. I did the research so you don’t have to. You’re welcome. Ten years ago you could get a very basic kitchen done for about $10,000. L...Read More

Often times a certain type of house may become really popular and people start using that particular house as a standard when shopping for their next place to live. This popularity could have been a result of a design from an award-winning architect. Or that particular type of home was what was shown in movies and became ‘The’ type of house to have. Who knows? All I’m saying is ...Read More

You’ve been looking at homes for a while now and initially you started with a long list of ‘must-haves’. After seeing that homes are selling for over asking price and with five to ten offers your list of ‘must-haves’ has shrunk. Like by a lot. And yet still you find your self with limited options and mounting frustrations. Yes, it can seem unfair. But at the same tim...Read More

GTA REALTORS® Release March 2021 Stats For the third straight month of 2021, record home sales continued in March across the Greater Toronto Area (GTA) with buyers taking advantage of favourable borrowing costs and continued improvement in many sectors of the economy. GTA REALTORS® reported 15,652 sales in March 2021 – close to double that of March 2020. While sales were strong, it...Read More As soon as we feel like we’re getting a grip on the pandemic it surprises us with a different twist. New strands of the virus that are not only affecting younger people but may also require newer vaccines. The smart thing to do would be to put off selling your home until the situation gets better. However sometimes you don’t have a choice and you absolutely have to sell. Death of a spo...Read More